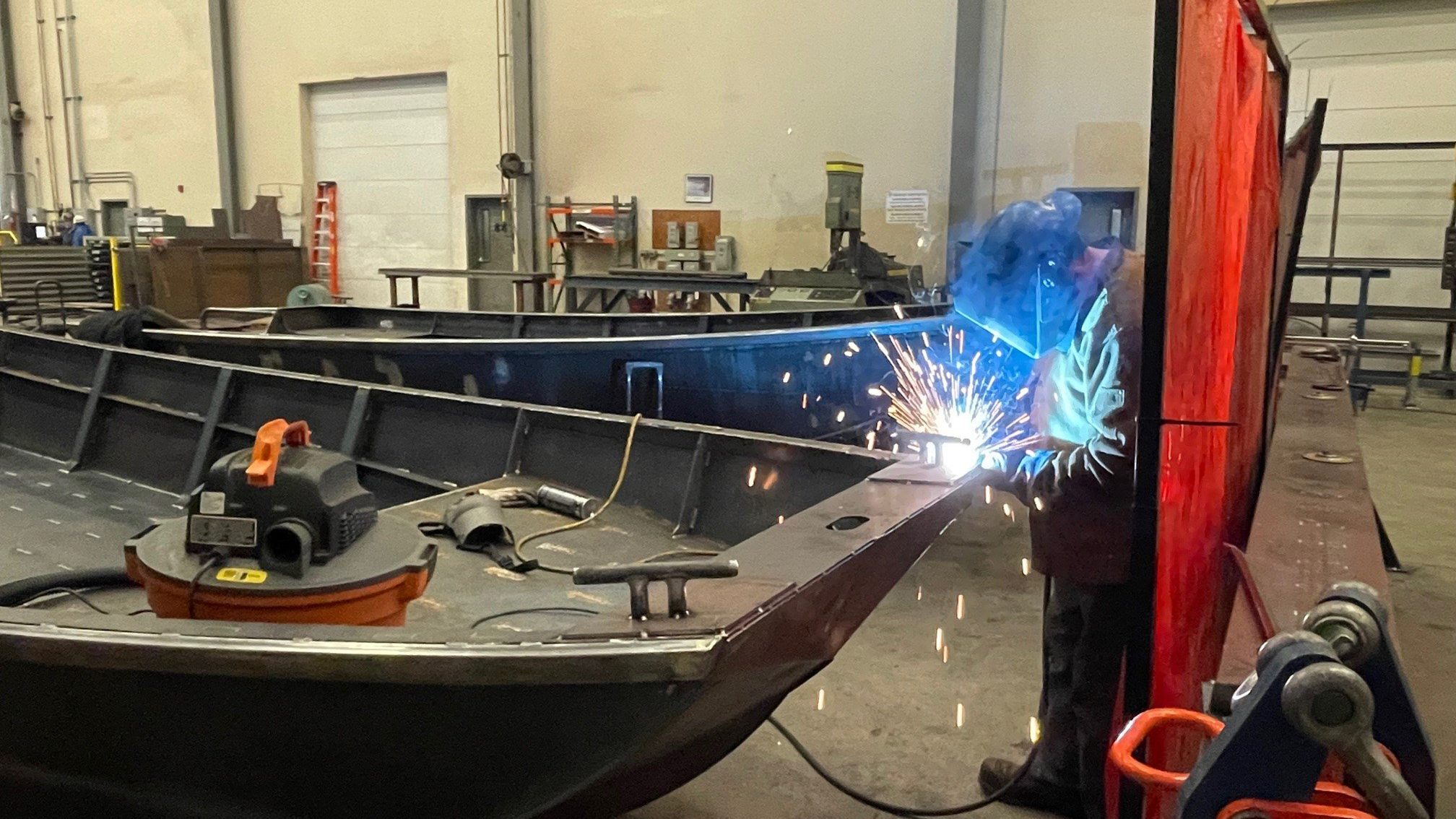 Willamette Technical Fabricators, which operates in the shadow of Portland’s St. Johns Bridge, specializes in custom, complex projects. These range from rugged metal boats that can be squeezed between barges to massive gates on Columbia River dams that protect people, wildlife and turbines. Increasingly, its work will be focused on protecting the environment as well.

Willamette Technical Fabricators is run by Alicia Chapman, who for many years specialized in economic development as a Washington, D.C.-based employee of the United States Agency for International Development (USAID). She helped organize building projects in Palestine, Libya and Afghanistan, where USAID hopes to increase stability and wealth by creating good jobs and critical institutions.

In 2012, Chapman moved to Portland to work on a PhD at Portland State University. Several years after her arrival, while working at PSU’s Institute for Sustainable Solutions, she was recruited to work at the Oregon Manufacturing Innovation Center (OMIC), a Scappoose-based initiative that engages university-based experts to address real-world manufacturing problems such as hard-metal machining. Chapman’s experience in both academia and economic development allowed her to function as a bridge between OMIC’s partners in manufacturing and higher education.

In 2020, Chapman and her partners formed Willamette Technical Fabricators to fill an emerging market niche for custom, complex manufacturing projects. The company has built rugged steel workboats for Advanced American Construction, whose marine work requires equipment that will tolerate difficult conditions – like getting squashed between shifting barges. Willamette has built flexible handrails for a BNSF railroad bridge. The rails feature built-in expansion joints that allow them to flex while the bridge bounces under the load of a passing train. The company also has built bulkhead gates for McNary Dam in Umatilla. When the turbines need to be repaired and maintained, the gates enhance safety by allowing water to be pumped from the service area.

The company’s custom work could soon branch out significantly into renewable energy, says Chapman. It is in preliminary talks to participate in the construction of battery-powered ferries and rail cars as well as offshore wind installations. For the latter, they would build the floating structures on which the turbines would be mounted.

Willamette Technical Fabricators also is collaborating on a proposed pumped-storage hydropower project in southern Oregon. By pumping water uphill, the project would function as a gravity-battery for excess renewable energy. When wind or solar energy production exceeds the immediate demand, water would be pumped uphill via complex metal tubing that Willamette Technical Fabricators would build. When demand is higher than production, water would flow downhill through hydroelectric turbines.

Like most manufacturers, Willamette Technical Fabricators creates not only products, but also comparatively high-wage jobs. It employs 22 people at its Portland manufacturing facility and an additional 13 at a machine shop in Clackamas. The company has complete wage transparency, says Chapman, and offers flexible hours, health benefits, a matching 401(k), paid family leave for everyone and unlimited paid time off for salaried staff. These progressive benefits help attract skilled labor and prevent attrition.

Chapman describes herself as passionate about workforce development. Founded as a women- and minority-owned small business, the company seeks to provide opportunities and training for women and people of color. New employees are mentored by skilled employees. The company creates teams that include highly skilled tradespeople and apprentices who can help with integrating new technology such as robots. While robots can increase productivity and improve safety, experienced welders are vital to monitor quality and troubleshoot.

Still, training new employees with advanced manufacturing skills while paying them family wages is expensive. With the recent passage of Gov. Brown’s $200 million workforce-development proposal, Chapman hopes to work with the state to secure money to train workers from underserved communities.