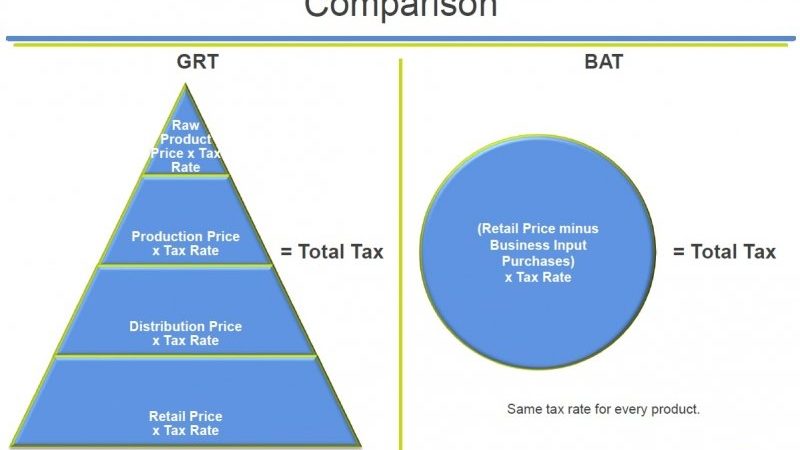 Oregon legislators are looking to boost education funding by $2 billion through tax increases on the business community. Oregon Business & Industry supports targeted investments in education but we believe cost control must accompany any new revenue to ensure new dollars actually make it to the classroom.

OBI has indicated to legislators that we are prepared to participate in discussions of tax reform – a comprehensive review of the state’s tax system – where any new forms of taxation are paired with cost-containment measures and adjustments to existing tax rates, particularly the corporate and personal income tax rates. In preparation for the discussion about a new tax this legislative session, OBI and our partners in the Oregon Business Plan developed an option that we believe is stable and adequate, and aids economic growth: the Business Activity Tax, or BAT.

In February, Stober and OBI President and CEO Sandra McDonough testified on the BAT before the Joint Committee on Student Success Subcommittee on Revenue, which is tasked with finding a way to raise the $2 billion for education.

We expect the committee will be building its tax proposal in the coming weeks. Along the way Stober and OBI have been answering the committee’s questions, providing more information to committee members and meeting with legislators.

“We are as engaged as anyone could be,” Stober said.

So what is a Business Activity Tax? Put simply, it takes the total amount of sales, subtracts the purchases from other businesses, and taxes what is left.

The BAT is better for business than a Gross Receipts Tax (GRT) – another major tax proposal the committee is considering – because a GRT is applied to each step in the supply chain, a concept known as “pyramiding.”

Here’s how pyramiding might work in the hypothetical example of an apple pie made from scratch in Oregon.

By the time the pie makes it to the customer, it has been taxed six times in this example. . That adds to the cost of the pie, the cost to the many businesses along the line and the cost to the customer’s pocketbook. A study of Washington state’s Business and Occupation Tax, a form of a gross receipts tax, found – due to pyramiding – the effective tax on food manufacturing averages 6.7 times the original rate.

Other industries are also hit hard by this pyramiding effect of a GRT, including manufacturing, construction and many others.

A BAT, on the other hand, is not subject to pyramiding because a business is able to deduct its purchases from the business that precedes it in the supply chain. In the example above, the grocery store pays tax on the difference between its sales to customers and the cost of getting pie from the apple orchard to the grocery store.

A BAT would even out the playing field for Oregon businesses by eliminating the economic distortions inherent in a GRT.

“If you have a more efficient tax and a better economy, that’s better for everyone, not just the businesses,” Stober said.

More than just the BAT

OBI is not endorsing any new tax at this time. Our support ultimately depends on what the entire package looks like and whether it includes meaningful cost-containment measures, specifically when it comes to the state’s pension system.

In addition to the BAT project, OBI is keeping track of many, many bills and proposals in the 2019 Legislature. That includes keeping an eye on potential changes to the corporate income tax and the corporate minimum tax. It also means watching and testifying on other big issues that will pencil out to the equivalent of taxes for Oregon businesses, like cap and trade, Medicaid funding and paid family leave.

“Instead of looking at just one new tax, look at overall tax reform,” McDonough urged the committee in February. “Send a signal to businesses you want us here and investing in growing jobs in Oregon.”