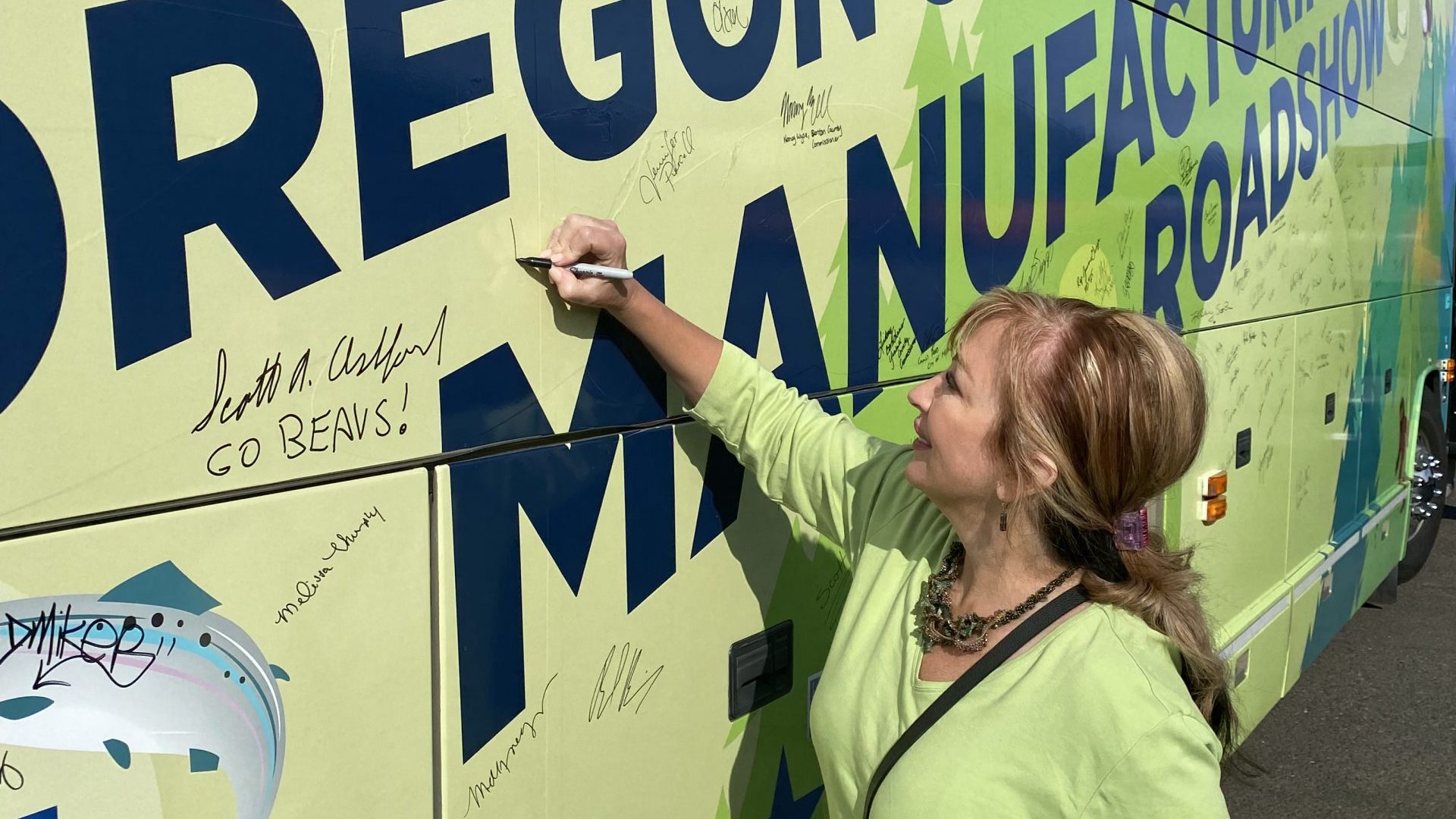 Week Two has seen OBI’s Manufacturing and Innovation Roadshow travel hundreds of miles, from McMinnville to Klamath Falls and through Cottage Grove on its way to Portland. Nearly a dozen manufacturers and institutions have led tours for our guests, who include elected officials, local leaders and members of the media. Along the way, most of them added their signatures to the side of our distinctive Roadshow bus.

Here’s what participants in the Roadshow saw and did in Week Two:

Want to know where the Roadshow is headed during its third and final week? Check out the itinerary here.