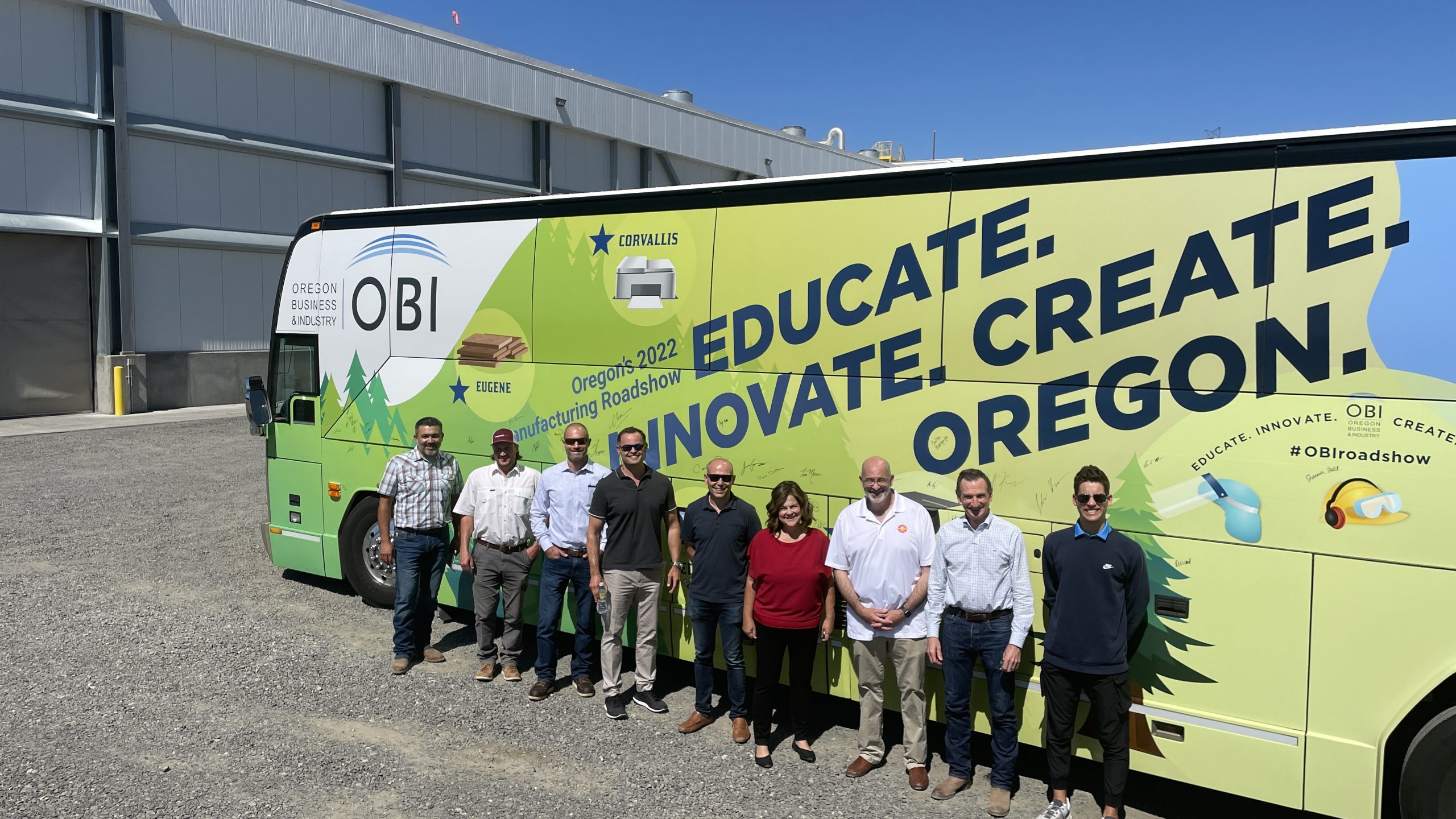 The inaugural OBI Manufacturing and Innovation Roadshow’s third and final week involved a drive on Interstate 84 to Boardman, followed by a swing through Central Oregon before concluding at the Port of Portland, a critical piece of Oregon’s economy that moves goods to and from manufacturers by rail, water and air.

Once again, we’d like to thank our sponsors and the employers who opened their doors to Roadshow participants. We’d also like to thank the many public officials who took the time to join the Roadshow and learn about Oregon’s manufacturers and their importance to their communities and the state.

Want to know where the Roadshow went during its three-week journey around the state? Check out the itinerary here.