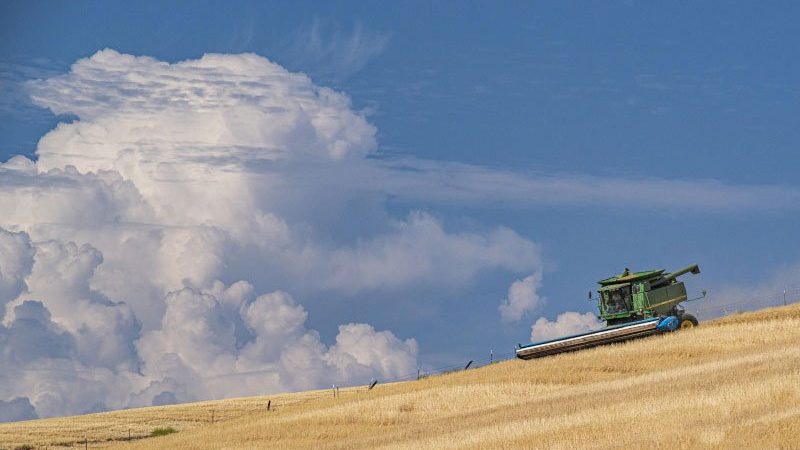 What is the Oregon Wheat Growers League’s origin story?

The League was formed in February of 1926 in the town of Moro. Founding of the League coincided with an economic conference organized by the Oregon Agricultural College Extension Service to deal with the effects of a severe crop freeze in 1924. The Oregon Wheat Growers League is a not-for-profit Trade Association.

Though it sounds self-explanatory, can we go over what the OWGL does?

Very simply, OWGL provides grass roots advocacy and public education. As the oldest not-for-profit grower trade association in the U.S. wheat industry, the primary mission of the OWGL is to represent and advocate on behalf of Oregon wheat producers at both state and federal levels. OWGL also represents barley growers and has been actively involved in projects for other crops that are grown in rotation with wheat.

How is Oregon Wheat unique or special?

The League was the first commodity organization formed in the United States for wheat, and as such holds a unique position in the annals of agricultural history. Most of Oregon grows soft white wheat, which is a low moisture wheat with excellent milling results that provide whiter and brighter products.

What is the most important thing for people to know about what Oregon Wheat and wheat farmers do?

Our growers are stewards of the land, continuing to implement new and innovative processes and practices to use fewer inputs while producing even higher quality product and ensuring the long-term health of the land. It is, after all, our legacy.

How does Oregon Wheat contribute to Oregon’s economy?

Oregon ranks 11th among the wheat producing states in the United States (2019).

Wheat ranks 3rd (2018) in Oregon’s agricultural crop production in terms of value, based on price and production.

Approximately 90% of Oregon’s wheat crop is grown for the export marketplace and is shipped through commercial export facilities, the top agricultural commodity export by tonnage from the Port of Portland.

There is an expected 44 Million + bushels of wheat in 2020 exported to key markets around the world including top markets in Japan, Korea, Indonesia, Philippines and more.

How does Oregon Wheat support your local economy by providing jobs in your community?

What is the culture like at Oregon Wheat? How do you relate to your members and farmers?

Our staff strive to be the boots on the ground, talking with our members, our board and other farmers who may not even be members. Being the faces of public education in the industry. We also relate to our members by being their voice in advocacy, both in our state and nationally.

Are you involved in community programs or projects? Which ones?

Oregon Wheat is involved in many program and projects! We are long time supporters of Ag in the Classroom, Ag Fest (Salem), Summer Ag Institute, working with our partner organizations on a variety of issues within ag. Through our Oregon Wheat Foundation, we support students with college scholarships, typically funding 7-12 scholarships annually. Also, within the Foundation many of our producers contribute to Farmers Ending Hunger and our own Bushels for Betsy program. Through our Commission we invest heavily into research.