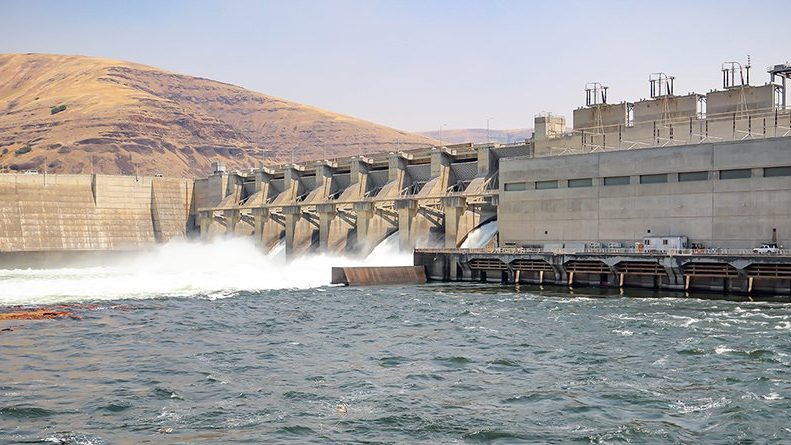 OBI has joined with the Association of Washington Business (AWB), Washington’s largest employer group, to form a coalition in support of hydropower, a low-cost, reliable and renewable energy source. The coalition will highlight the critical role that hydropower continues to play for families and employers throughout the Northwest.

“The Northwest dams have proven hugely successful, producing powerful results for our state, our region and our nation,” Wilhelms said. “As we visit businesses and communities across the state, we hear routinely about the vital role that clean, reliable energy plays in creating opportunity today and for the future. Across the northwest, we share the same goals of a healthy environment and strong economy. It’s not either-or.”

The coalition was announced as AWB staff visited Analog Devices in Camas as part of its sixth-annual Manufacturing Week bus tour.

“For decades, our two states have reaped the benefits of forward-looking leaders who constructed the Columbia and Snake River dams,” said AWB President Kris Johnson. “The dams transformed the Northwest economy, creating some of the most fertile farmland in the nation and fueling the growth of the region’s manufacturing and high-tech industries. We need to protect and preserve the competitive advantage and quality of life they have given us.”

“The reason we’re able to tour employers like Analog Devices, and the reason southwest Washington has a thriving semiconductor industry, is because of our low-cost, reliable and renewable hydropower,” Johnson added.

In July, OBI wrote to Washington Gov. Jay Inslee and U.S. Sen. Patty Murray to express “significant concern” about the findings of the draft Lower Snake River Dams Benefit Replacement Study. In outlining the services that would be lost by breaching the four dams, the letter pointed out, the report’s authors failed to address the effects downriver of the immediate dam area. Nor did they consider the damage to Oregon’s economy or the costs to the state’s power grid and transportation system. Of the five Oregonians consulted for the report, not one was from Oregon’s business or industry sectors.

The four dams produce 1,000 megawatts of clean, reliable and affordable energy. Maintaining this electricity is critical amid a significant shift to electrification. Even now, the state Department of Environmental Quality is working to adopt a set of California rules that would require all new cars and light-duty trucks sold in Oregon to be 100% emission-free by 2035.

If the dams were breached, meanwhile, significant infrastructure improvement would be required in Oregon to redirect barged cargo to land transportation. As one possible consequence of breaching, cargo that is now barged to Oregon processing facilities would be moved by truck through the Mississippi River system, increasing greenhouse gas emissions and shifting economic benefits away from Oregon.

The dam-breaching report subsequently estimated the cost of replacing the electricity, transportation and other benefits provided by the structures at up to $27.2 billion.