OBI Honors 2019 Statesman of the Year 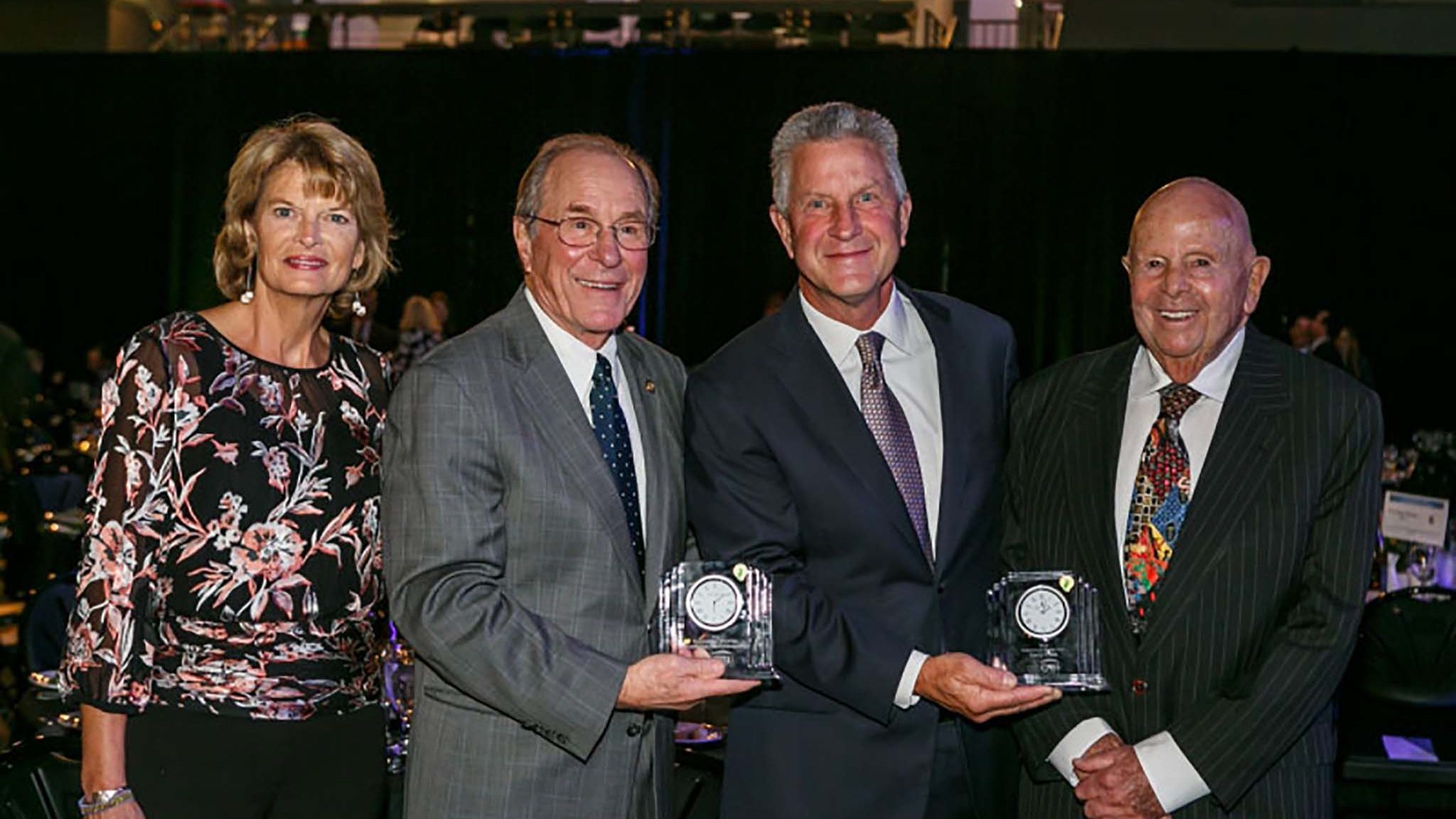 PORTLAND – Oregon Business & Industry gave its highest honors to former Gov. Ted Kulongoski and legendary Oregon businessman Gerry Frank by naming them Statesmen of the Year at the 2019 Statesman Dinner.

“We honor Oregonians who, time and time again, have shown true leadership,” said Scott Parrish, OBI board chair and president and CEO of A-dec Inc. “These men have taken on the tough causes, rising above partisanship and putting their personal convictions ahead of their parties, their business interests and sometimes even their long-time friends, all in an effort to make Oregon a better place for everyone who lives here.”

“Our keynote speaker tonight is proof that there is hope that our civility, decency, democracy, and integrity is alive and well,” said Kerry Tymchuk, Oregon Historical Society executive director and 2018 OBI Statesman of the Year. He introduced Murkowski and presented her with the first-ever In the Arena award from OBI.

In her address, Murkowski noted that, despite the deeply divided state of the Congress, there are senators working across party lines to address key issues facing the country.

“I do stand here with a desire to serve and work with other people, and there are many in Washington who do that on a daily basis,” she said. “What matters is that we’re in the arena. That we push for what we believe is right. That we hold ourselves, daily, to the very highest standards as we do that. And we continue to fight for the best interest of this great democratic republic.”

Highlighting those high standards, OBI chose Frank and Kulongoski as the 2019 Statesmen of the Year for their lifetimes of service to Oregon, its government and its people.

“My friends, I’m 96 years old. I have eight generations of my family in Oregon,” Frank said. “The luck, the devotion and the thanks to the people of Oregon lives on in my family and will continue for generations.”

Over many years, Frank impacted Oregon in many ways. He was part of the founding family of retail giant Meier & Frank and served as U.S. Sen. Mark Hatfield’s chief of staff. He is also known for advising Oregon’s civic and political leaders for five decades, as well as being the author of travel books and an advocate for several Oregon nonprofits.

In receiving his award, Kulongoski highlighted Frank as his fellow awardee and shared essential advice Frank had given him.

“He used to tell me, in the heart of a political debate, with emotions running wild with passion, to be kind. And in a political campaign, when everybody was after you, and they’re saying some very harsh things about you, be kind. And most of all, when defeated, which I have experienced in my political career, be kind,” Kulongoski said. “Gerry, that is the best lesson in life, to just be kind to people.”

Kulongoski has been a faithful servant to Oregon government for more than 40 years, most notably serving as governor from 2003 to 2011.

“When you think about his dedication in the governor’s office, every day he tried to find jobs for Oregonians – because of the importance of that, in the lives of individuals and their families,” said Peter Bragdon, executive vice president and general counsel at Columbia Sportswear Company, who presented the award to Kulongoski. “He was a driving force every day.”

Kulongoski also served in both houses of the Legislature and on the Oregon Supreme Court, and was Oregon’s attorney general. He has stayed engaged in public affairs since leaving office, supporting passage of the successful ballot measure to fund career technical education in schools and participating in continued efforts for PERS reform.

“They were true statesmen, and their deaths were an enormous loss to our state,” Parrish said.

A long tradition for OBI and its predecessor organization, the Statesman Dinner is one of Oregon’s most important gatherings of business, civic and elected leaders. This year’s dinner was attended by more than 40 elected officials, ranging from members of Congress to community college board members. Statesman honorees are individuals who have impacted Oregon, working across party lines to build consensus on difficult issues and advance causes that better the lives of all Oregon citizens. 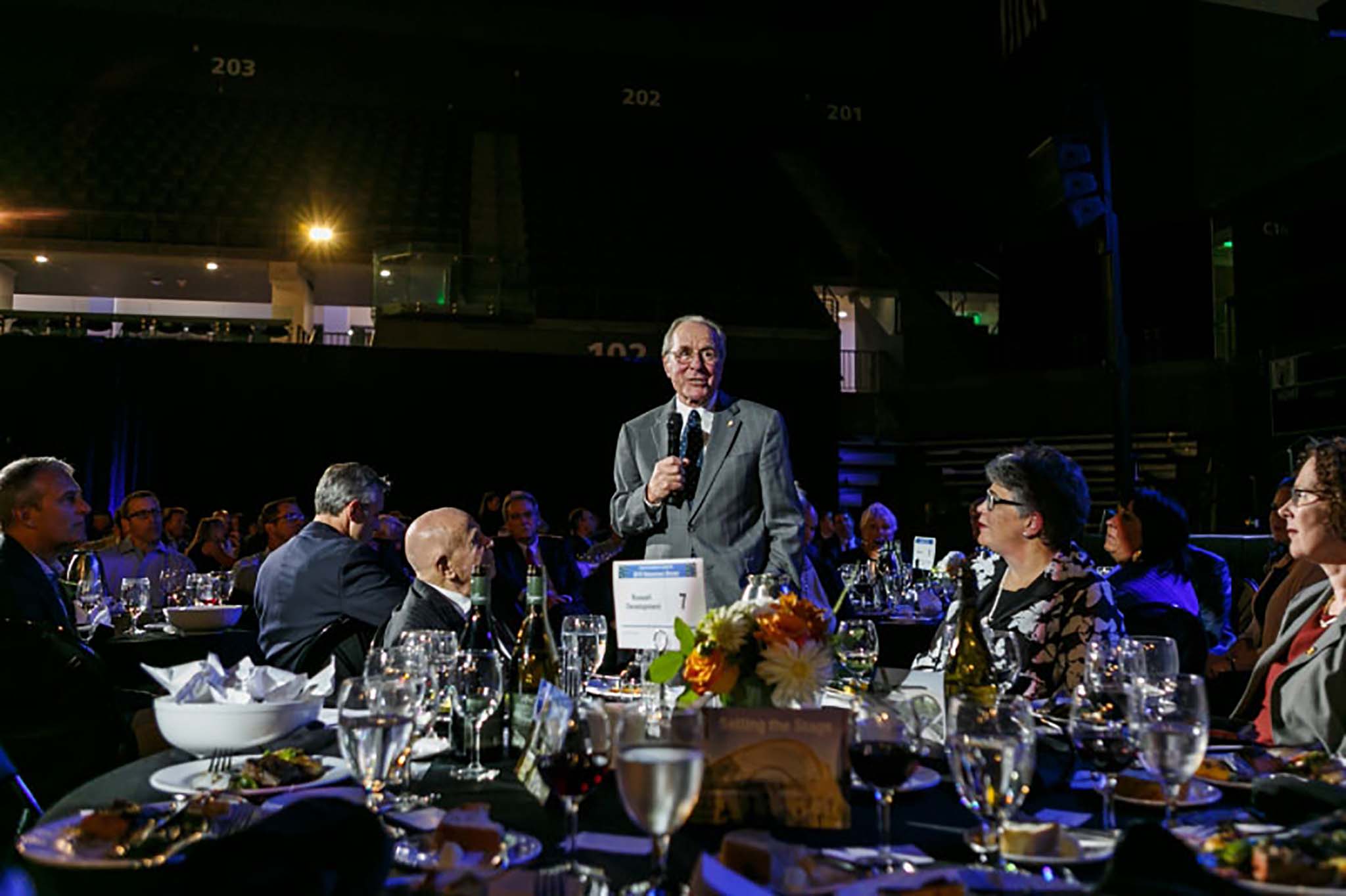 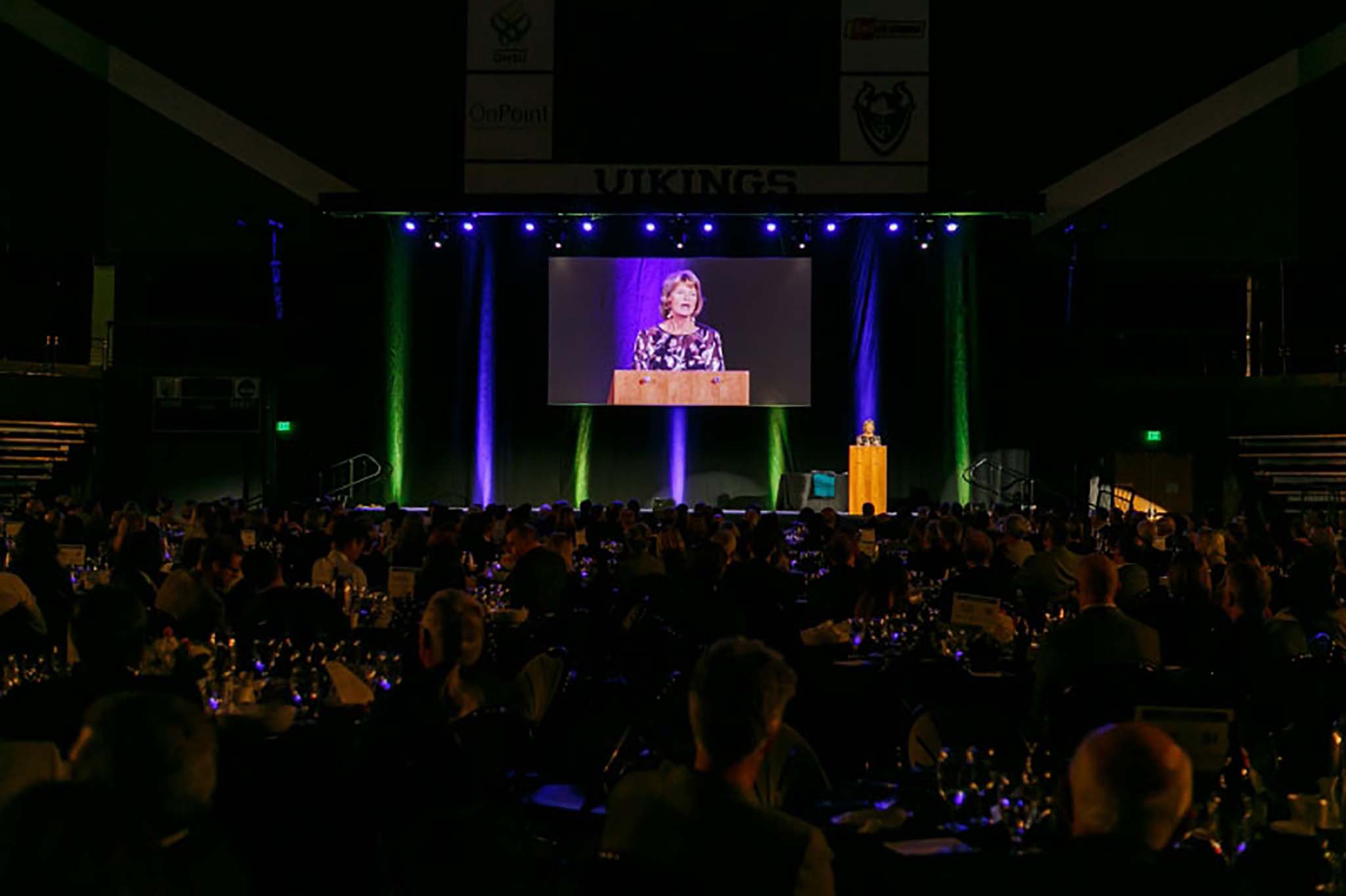 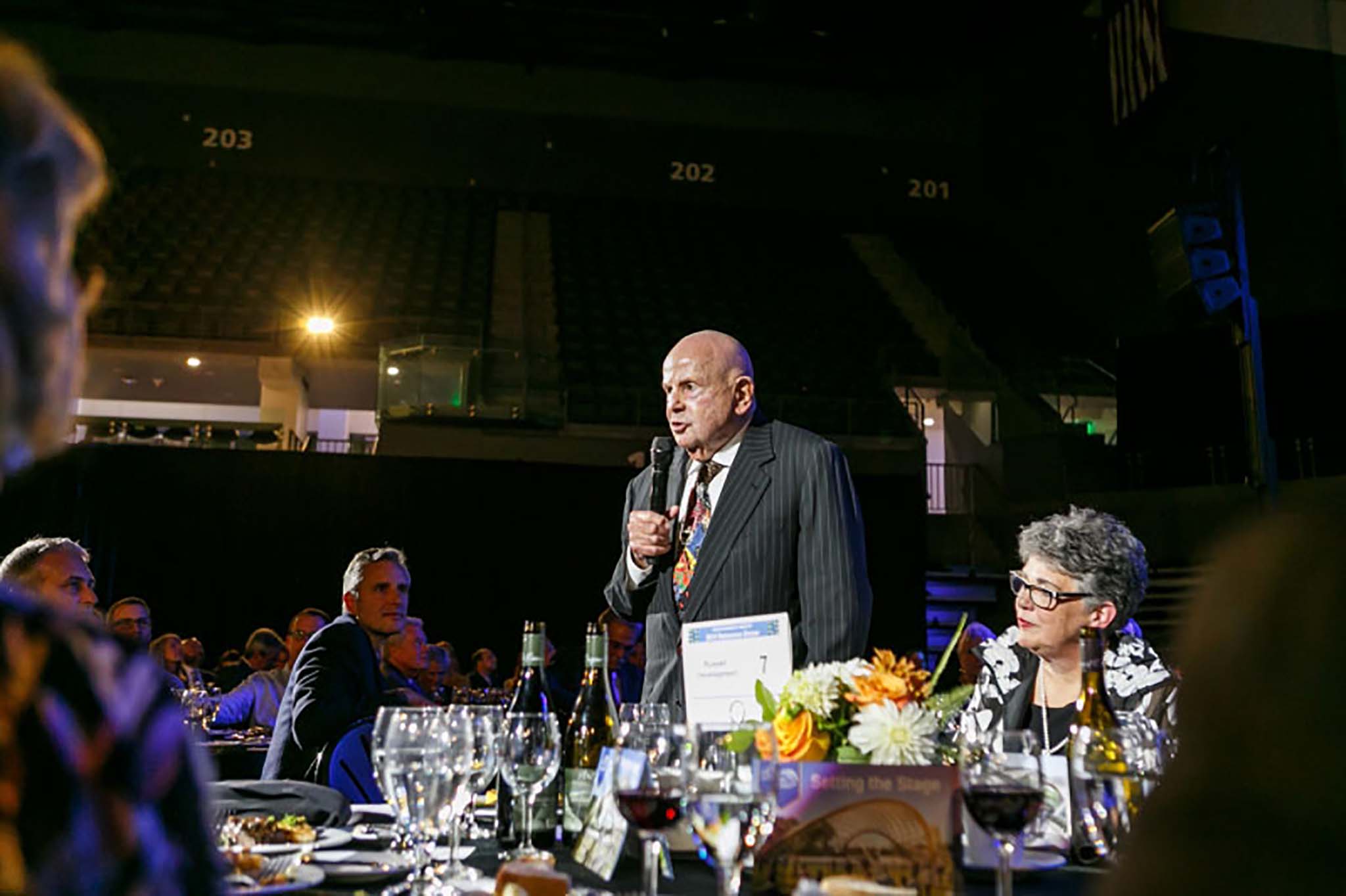