Oregon Business & Industry is thrilled to announce the selection of two honorees to receive the Oregon Visionary Award – OBI’s highest honor – at its annual Vision Oregon event, which will take place at the Portland Art Museum on Oct. 19. The event also will feature a moderated panel discussion involving the leaders of three businesses in key Oregon sectors.

“The Visionary Award embodies the spirit of innovation, creativity, and unlimited potential that exists in Oregon and Oregonians,” said Jordan Papé, OBI board chair and CEO of the Papé Group. “This year’s honorees demonstrate a true commitment to their customers, employees, and they have a clear commitment to making their communities, this state, and the world a better place. OBI is excited to honor these visionaries in October.”

This year’s Vison Oregon event also will feature a moderated panel discussion involving three leaders of businesses in key Oregon sectors. The panel will discuss challenges and opportunities that come with doing business in Oregon and globally, how they navigate those, and their visions for 2023 and beyond. It will include:

Though the October event will mark the second annual Vision Oregon event, it has a long and cherished history in the state. Previously known as the Statesman Dinner, OBI’s flagship event has been one of the largest convenings of Oregon political and business leaders for 20 years now.

The longstanding Statesman of the Year Award has evolved into the Oregon Visionary Award, a change that the OBI board made to better demonstrate that the spirit of the event, and that of our honorees, is focused on the future of our state. The 2021 winners of the Visionary Award are Bill and Karla Chambers, owners of Stahlbush Island Farms; Alando Simpson, CEO of City of Roses Disposal and Recycling; and Rogue Food Unites. Past recipients of the Statesman Award include Phil and Penny Knight; U.S. Sens. Ron Wyden, Gordon Smith and the late Mark Hatfield; and Gert Boyle, the late chair of Columbia Sportswear. 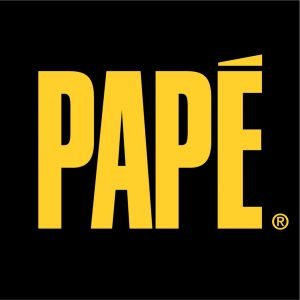