How a Manufacturer Created a Community Child Care Program 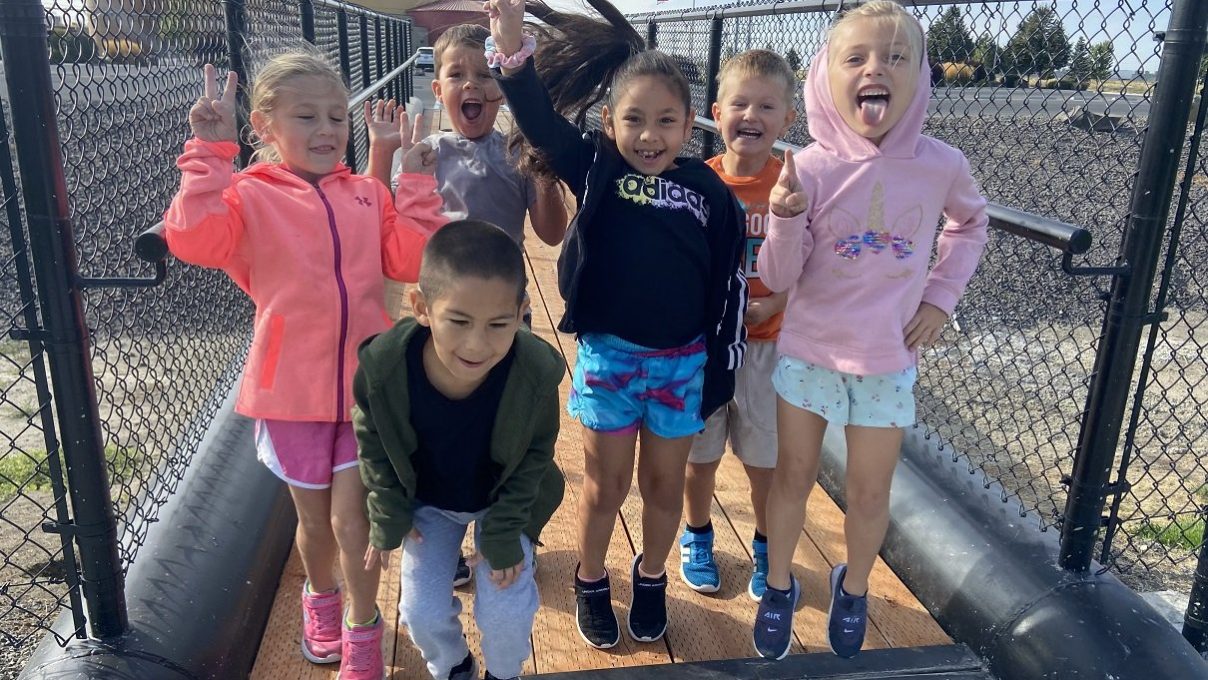 When people talk about an employer’s impact, they tend to rely upon easily understood metrics. There are plenty of good reasons for this, but a business’ importance to its community often can’t be captured fully by its employee count, median wage or tax bill.

Consider Boardman Foods, which in 2021 transformed a longtime after-school program hosted at its facility into an off-site child care program that serves scores of families throughout the community.

Boardman Foods is a family owned company that processes onions, peppers, cucumbers and other vegetables at its facility next to the Port of Morrow. This location, which provides easy highway, rail and Columbia River access, allows Boardman to ship vegetables throughout the world. The plant itself employs as many as 300 people during peak periods.

Like many employers, Boardman Foods experiences periodic workforce shortages. In response to one such shortage almost two decades ago, the company established 12-hour shifts, which allowed employees to work a full week in just three or four days while picking up overtime if they wanted.
But working from 5 a.m. to 5 p.m. created child-care problems for some parents, who had to arrange for their children to be picked up after school and cared for until they got home, says Debbie Radie, Boardman Foods’ vice president for operations.

Radie, a working mother herself, was determined to solve the problem. She spearheaded the creation of a licensed after-school program in 2004 at Boardman Foods’ facility, where kids could receive help with homework and personalized instruction in reading, math and other skills. The school district helped by working a stop at Boardman’s facility into a bus route. The company’s after-school program allowed working parents to relax with their children after work rather than supervise homework, says Radie.

To the extent that it could, Boardman Foods accommodated the increased demand for care through its after-school program. But it wasn’t enough, says Radie. Many kids struggled to master the basics of remote instruction, including the use of Chromebooks and computer mice. Some families lacked at-home internet access, rendering remote instruction virtually impossible.

As she had almost two decades earlier, Radie set out to solve the problem. She successfully petitioned state child-care licensing officials to allow Boardman Foods to expand its after-school program to a full-day program. To handle the additional demand, she asked the Morrow County School District to lend the program an unused classroom. She was able to recruit and hire a program director, Brenda Profit, who had the teaching credentials and longtime community involvement that the center needed to ensure that the important educational expectations were included in the program.

But demand soared when word of Boardman’s program spread. Struggling parents who didn’t work for the company asked to be included as well. To accommodate them without putting Boardman Foods at risk, Boardman owners Brian Maag and Thomas Flaherty created a new entity, Families First Childcare.

The program then got lucky. The Port of Morrow offered the use of a newly completed addition to the Neal Early Learning Center, which had been built in the hope that a licensed child-care service provider would use it. In exchange for the space, Boardman Foods leadership agreed to continue their management of the program.

Then, in another stroke of luck, Nike donated tens of thousands of dollars’ worth of purpose-built classroom furniture through the Umatilla Morrow County Head Start program.

Families First Childcare has continued to expand even as the COVID pandemic has abated. It now serves children from infancy to age 12. A recent change in its licensure has allowed the program to increase capacity from 58 children to 84.

Though the per-child cost of personnel alone amounts to $2,000 per month for infant care, the program charges only $850. To keep the doors open and fees low, Families First Childcare receives significant support from area employers, including Lamb Weston, Threemile Canyon Farms, Amazon and, of course, Boardman Foods as well as other local business entities.

Ironically, the program has become less directly beneficial to Boardman Foods and its employees even as it has expanded. Families First now serves families from roughly 40 local companies, including fewer than five from Boardman Foods.

By evolving as it has, Boardman’s child care program has become a selling point for the community.

“When we have services in the community that are attractive, we have the ability to attract new talent to our region that would otherwise be going to larger cities,” Radie says. Amenities like affordable child care can help attract skilled professionals like electricians, managers, plumbers and forklift operators, whose presence helps everyone in the area.

Still, with persistence, luck and plenty of support from area employers and governments, something like Families First Childcare can happen.
“Cities around the country are crying out for this kind of center,” Radie says. “We would hope that anything we’ve learned we can pass on.”