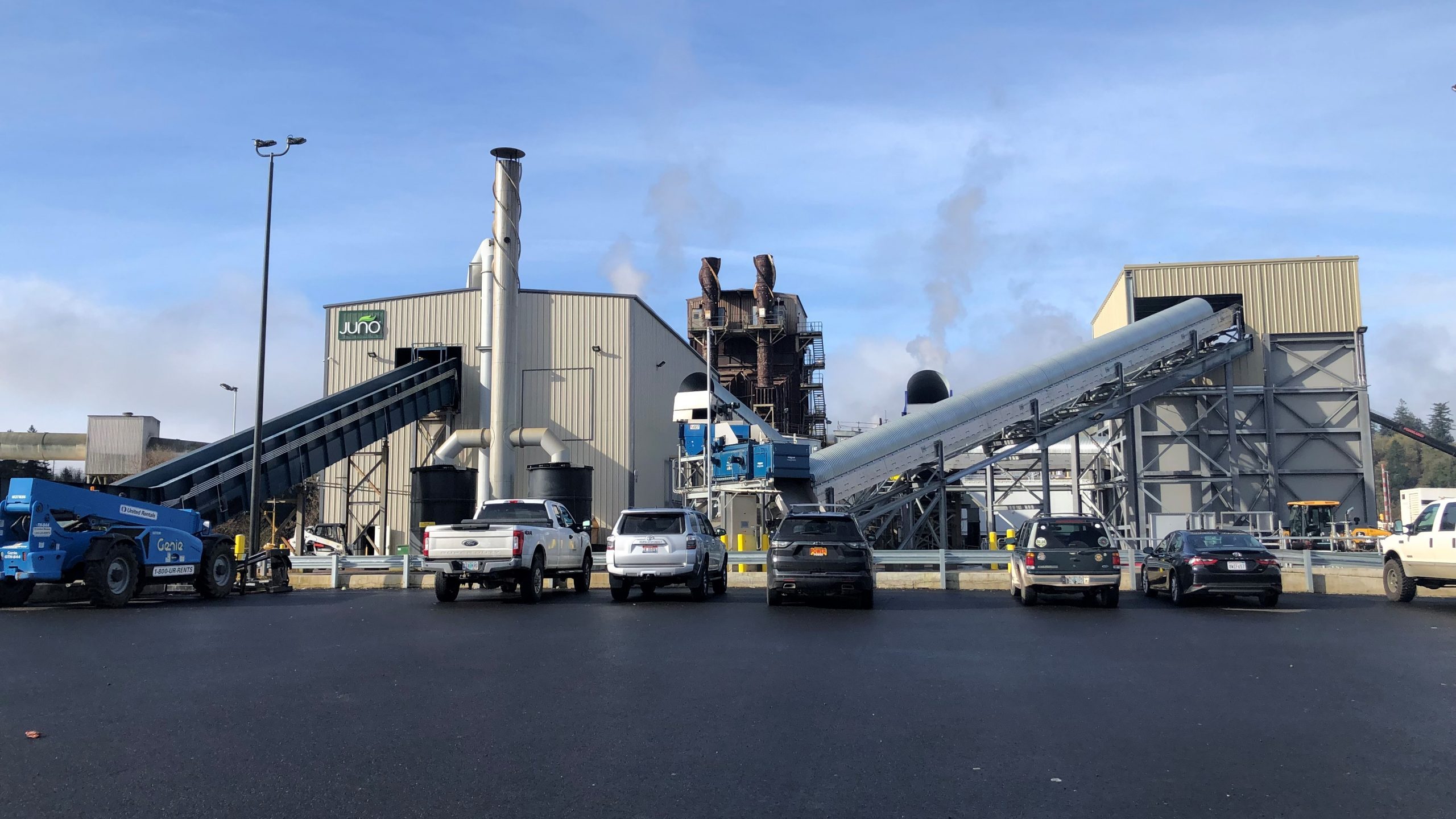 Georgia-Pacific produces many well-known paper-based convenience products that are used once and thrown away. Meanwhile, it has developed technology that turns things people throw away – aka trash – into fiber that can be reused. GP’s Juno® Technology isn’t a household name on par with Dixie cups or Brawny paper towels, but that could change.

GP’s first commercial-scale Juno plant has operated since 2021 in Toledo, Ore., adjacent to a company-owned mill that uses the fiber the plant captures. The Juno facility, which was a featured stop in OBI’s 2022 Manufacturing and Innovation Roadshow, processes household waste collected in nearby Toledo, McMinnville and elsewhere in Lincoln, Lane and Marion counties. The fiber the technology reclaims is used to make containerboard (the paper that is converted to corrugated boxes) and has been approved for food-contact packaging.

Georgia-Pacific developed the Juno technology to address a recycling gap. Many of the paper products people throw away either have coatings or are too contaminated by food or other substances to be accepted through conventional curbside recycling. The Toledo plant captures these materials through a process that begins with a trip to an autoclave, where they’re pressure-cooked. The material then goes through a proprietary step in the technology’s process during which paper fibers are recovered. The plant then separates recyclable metal and squeezes the water from what remains. Material that can’t be reused heads to a landfill.

The technology ultimately is expected to recover up to 90% of the garbage it processes, but the Toledo facility, as a commercial-scale proof of concept, does not collect plastics or other recyclables or fuel itself with biogas derived from food waste. Georgia-Pacific intends to include such capability in its first full-scale facility, a site for which the company expects to announce within a year. That plant will process about 300,000 tons of waste per year, which is about four times as much as the Juno Toledo plant processes.

Developing and testing the Juno technology has taken more than a decade. In 2011, the company successfully processed used paper cups, which typically feature plastic coatings that make them unsuitable for conventional recycling. However, because ensuring a waste stream consisting only of paper cups was impractical, Georgia-Pacific refocused the effort to include all waste from fast food restaurants, which includes cups, food wrappers and containers and the like.
Since then, the company has steadily expanded the Juno process’ waste tolerance.

A small pilot facility, installed in a Georgia mill in 2013, processed waste from fast-food restaurants, amusement parks, airports and office buildings.
The Toledo plant, completed last year, represents the next step. Georgia-Pacific had intended to stock the plant with commercial waste, says Julie Turner Davis, GP’s director of communications and public affairs. However, the pandemic had limited the available supply. So the company widened the trash stream, with positive results.

Juno President Christer Henriksson has described the process as beneficial for the company, nearby communities and, of course, the environment. Garbage is a far less expensive feedstock than corrugated cardboard and other conventionally recycled material. Processing garbage vastly reduces the amount of material that landfills must accommodate. Georgia-Pacific also anticipates a new market for certified Juno™ Fiber, which will appeal to environmentally conscious companies. “There’s a lot of interest in being able to go one step further in sustainability,” says Davis.

Henriksson also has noted that Georgia-Pacific manufactures some of the paper products Juno technology processes. It is, he told Resource Recycling in 2021, “a way to improve recycling rates for our customers and also just citizens in general.”

Watch a video overview of the Juno process here.