A to Z Wineworks 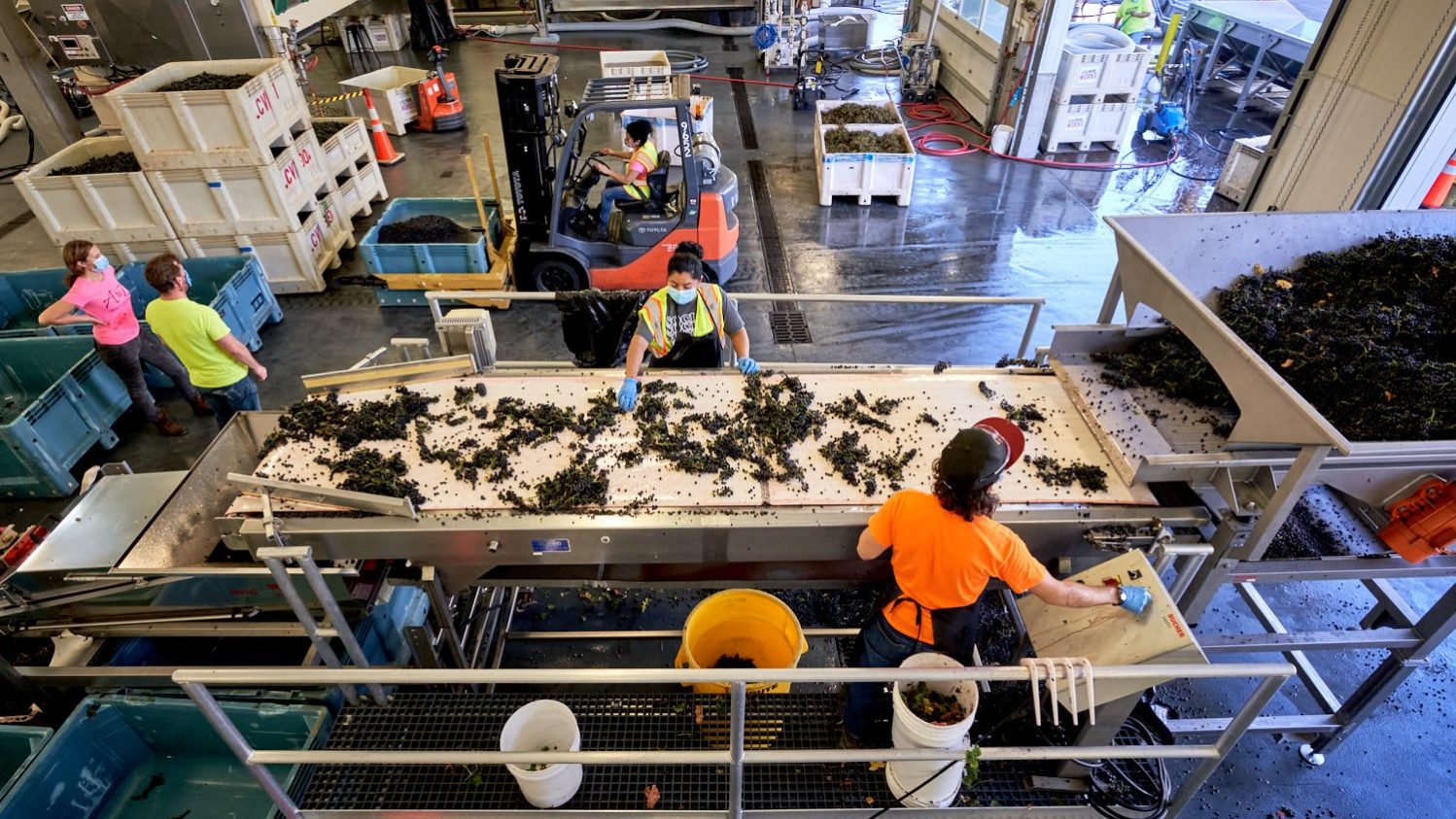 Ask a friend to name their 10 favorite manufactured products, and you can be sure wine won’t make the list. And it’s not because people don’t like wine. Few people think of wine as a manufactured product, though the story of one of Oregon’s most successful wineries shows why they should.

Many things had to happen for Newberg-based A to Z Wineworks to grow and succeed, including a passion for wine, a chance meeting, surprising early success, a streamlined business model – and even a timely movie. But at the end of the day, notes co-founder and wine grower Sam Tannahill, that success involves trucks, forklifts, tanks, steel pipes and concrete.

A to Z began with a chance meeting between two couples with the same idea. Tannahill and his wife, Cheryl Francis, had co-founded the Francis Tannahill winery shortly before meeting industry veterans Deb and Bill Hatcher at a wine tasting. Both couples, it turns out, wanted to buy bulk Oregon wine and create a blend. Instead of competing, they became partners.

The first A to Z vintage, bottled in August 2002, was supposed to be a one-off, says Tannahill. The couples planned to use the proceeds to fund their own wineries. But the wine was a hit, disappearing from shelves and garnering praise as a high-quality, affordable pinot noir. In 2003, Food and Wine named A to Z’s pinot one of the best wines under $20. Instead of going their separate ways, the partners poured the profits back into the winery. They added a pinot gris and continued to grow, riding the wave of interest in pinot generated by the 2004 buddy movie “Sideways.”

In the company’s early years, A to Z leased space in other wineries. In 2007, the company acquired its own manufacturing facility with the purchase of the Rex Hill winery in Newberg. By this time, A to Z had moved away from buying bulk wine, which was available only in limited quantities, in favor of buying grapes grown throughout the state. Except for the 300 acres of vineyards that support the artisanal Rex Hill and Francis Tannahill brands, A to Z owns little land and functions intentionally as a low-asset business that brings in large volumes of grapes, transforms them into wine, then trucks them to distribution centers.

The winery part of the operation consists of concrete floors, steel tanks and fixed steel lines. It’s not dissimilar to a factory in which raw materials come in and a fully created product goes out, says Tannahill.

That manufacturing business has produced not only widely popular wines, but also about 80 full-time jobs with enviable benefits (fully paid medical, dental and vision coverage) and a company ethos focused on sustainability. Since 2014, A to Z has been a certified B Corporation, a designation that recognizes companies that meet high standards for accountability, transparency and social and environmental performance. The company is a member of International Wineries for Climate Action, and it has achieved certification through LIVE (low-input viticulture and enology).

A to Z now produces about 400,000 cases of wine per year and is among the country’s 40 largest wineries by volume, sxays Tannahill. It’s come a long way since its initial bottling of 2,500 cases. But for all of its success, the company still faces challenges. These include wildfires, water shortages and other problems related to climate change. And as with other manufacturing businesses in Oregon, they include the increasing burden of regulations and taxes, both of which create costs the winery must find ways to absorb due to tight market conditions. In selling wine throughout the country, it must compete with ever-consolidating industry giants that exert downward pressure on prices. Oregon produces very good wine, says Tannahill, but compared to California and Washington and, further away, Chile, Argentina, Australia and New Zealand, the state’s production remains a drop in the bucket.