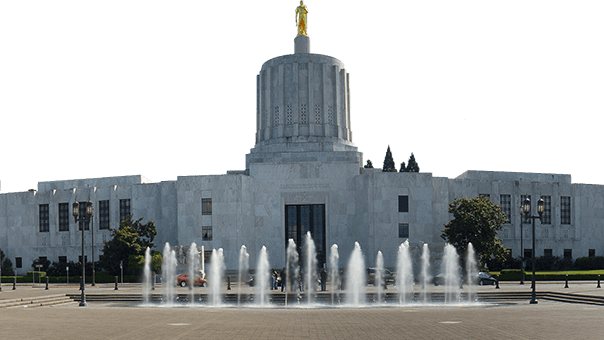 The 2022 session of the Oregon Legislature will begin Tuesday, Feb. 1. As an even-year short session, its duration is limited to 35 days. For an early-session view of the legislative landscape, please register for our Feb. 8 panel discussion featuring caucus leaders. It will be delivered as a webinar and moderated by incoming OBI Board Chair Jordan Papé, CEO of the Papé Group.

Short sessions were designed to allow lawmakers to react more quickly to emerging issues and budget more efficiently than they could when they met every other year. They were intended to handle legislation of limited scope rather than sweeping policy changes. Sometimes short sessions work as intended, and sometimes they don’t.

However closely they follow their intent, short sessions are hectic. Hundreds of bills are introduced, and deadlines pass rapidly. Many bills interest OBI members, and so our policy team tracks them, speaks with legislators about them and offers input during hearings. Of the 258 bills filed in late January, OBI’s policy team is closely tracking 118 that would have a direct or significant impact on our members.

Some bills are for more meaningful to OBI’s members than others, and a handful of the most significant are listed below according to policy area. During session, our communications with OBI members will focus consistently on such high-priority legislation. We also will provide updates on the fate of less significant bills when appropriate. To keep members informed, we will send a weekly Capital Central newsletter as well as more frequent alerts when appropriate. All updates will appear on the web page created for the 2022 session.

This year’s short session promises to be particularly frantic thanks to legislative turnover, most notably in key House leadership roles. Rep. Dan Rayfield, D-Corvallis, has been nominated to replace longtime Speaker Tina Kotek, D-Portland. Rep. Julie Fahey, D-Eugene, has been selected to replace outgoing House Majority Leader Barbara Smith Warner, D-Portland, and Rep. Vikki Breese-Iverson, R-Prineville, is the new House Republican leader, replacing Rep. Christine Drazan, R-Canby.  Senate President Peter Courtney, D-Salem, intends to make this session his last, which means others in the Senate might be jockeying to become president. The Senate also has a new Republican leader, Tim Knopp, R-Bend. Due to Rayfield’s transition to speaker, there is a new House Ways & Means co-chair in Rep. Tawna Sanchez, D-Portland. The Senate lost one of its co-chairs when former Sen. Betsy Johnson, D-Scappoose, retired.

As the session opens, below are some of the most significant bills our policy team will be following:

HB 4104 (Watch): This bill would establish the Prosperity 10,000 Program to provide career coaching, occupational training and job placement services for at least 10,000 low-income job seekers affected by the COVID pandemic. Much like the Future Ready Oregon proposal, this bill would provide funding for workforce boards to issue grants.

HB 4002 (Oppose):  This bill would remove the long-standing agricultural exemption from overtime. Farmers and ranchers simply do not have the ability to increase prices to adjust to increases in costs, and their labor needs are dictated by nature. This bill will reduce hours for workers, increase administrative burdens for farmers and harm one of Oregon’s largest industries.

SB 1586 (Oppose): This bill, aimed at nondisclosure agreements, would create an unlawful employment practice if an employer even asked an employee to enter into a settlement agreement that requires the nondisclosure of certain elements. It would eliminate the confidentiality requirements of mediation. It also would encourage litigation by guaranteeing $5,000 in damages even when the individual failed to prove any damages.

SB 1565 (Oppose): This bill would make it unlawful for businesses to refuse to accept cash. This is problematic given the pandemic-related reluctance of many workers to handle cash. Employers do not want to force employees to engage in activity they consider unsafe. This bill also ignores changing technology and attitudes toward cashless businesses.

HB 4141 (Oppose): This bill would ban petroleum diesel and would mandate renewable diesel statewide by 2029. Renewable diesel is extremely important to lowering greenhouse gas emissions and achieving Oregon’s climate goals. However, a mandatory transition to renewable diesel of limited supply would lead to market volatility, uncertainty and fuel shortages.

SB 1567 (Watch): This bill would require bulk fuels terminals to conduct seismic vulnerability assessments from which the Department of Environmental Quality would develop risk reduction plans. Fuel suppliers already have mechanisms to protect human health and the environment from earthquakes. Experience tells us these that meeting these plans could be onerous and costly.

HB 4079 (Oppose):  This bill would create a 3% sales tax on a range of consumer goods, including clothing, electronics, automobiles and recreational equipment. The revenue this tax generated would fund a monthly stipend for lower-income people even as we are trying to bring more people into the workforce.

SB 1569 (Watch): This bill would direct the Department of Revenue to add race and ethnicity questions to personal income tax forms. Data would be used to develop “racial impact statements.” The possibility that such information will be used to further politicize Oregon’s tax code is worrisome.